Recently Mulesoft published a case study about a customer who had implemented a solution with BizTalk Server but were having lots of problems with it.  After a while they engaged with some vendors and decided to move their entire solution over to the Mulesoft platform.

Its not an uncommon problem generally in the IT industry where a company has problems and the software must be to blame.

Well if you read the case study its pretty blatant that the software must have been badly implemented but there is also some dubious organisational aspects to the case study which really stick out even though the case study only goes into a limited amount of detail.

Could we have potentially saved you ££££+ 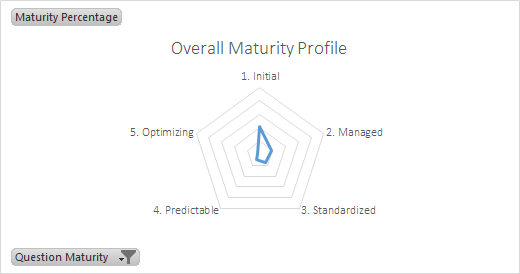 The great thing about the maturity assessment is that it can help you to workout where you are now.  Theres lots of lower level views of your maturity to see if your problems are in development, infrastructure, operations, analysis.  It covers the whole range of areas around integration projects with BizTalk.

I think if the customer had completed the assessment they could then see why they were having problems and decide if the best course of action was:

Which ever choice the customer took I suspect they would learn a lot about their own ways of working which would help them do a better implementation on which ever technology platform they use.

If you would like to see an example of how we have worked through similar problems with other customers in the past check out the Case Studies or Introduction Video.